We’ve got a bit in common. We’re both mostly Irish and mostly, Catholic. Bannon went to high school with Benedictine Catholic Monks in Richmond, VA. I attended most of the Jesuit Colleges on the East Coast graduating from one of them. Bannon was elected President of the Student Body at Virginia Tech, in Harrisonburg, VA. I was elected to the student council from my home room in high school….ok, ok no big deal, but I beat the Class President and the Class Valedictorian in a three person race.

So, put that in your pipe and smoke it.

Bannon calls himself a nationalist populist. I call myself an Obama-Pelosi Democrat with emphasis on staying out of unnecessary Mideast wars urged upon us by Israel and her, bought and paid for, friends in Congress. I know they’re “bought and paid for” because Tom Friedman of the Times said they were and Tom loves Israel more than life itself.

Bannon talks too much and often makes enemies. Chicken libs (a chicken lib is unwilling to criticize Israel ever) love to take shots at Bannon. Organized commenters (its called Hasbara, from the Hebrew) join the fray to vile excess. Their “real” gripe: Bannon supposedly said, according to one of his former wives (are you kidding me!), that he “didn’t want his kids going to school with a bunch of whiny Jewish brats.”

So, Steve Bannon is center stage again. He sells papers, gets clicks and viewers. Jamie Raskin and Adam Schiff will give him a good working over when he shows up for the January 6 Hearings. He’ll show and give as good as he gets.

Below is a pro Bannon piece from a Jewish business partner of Bannon from before he signed on to run the Trump operation in 2016. 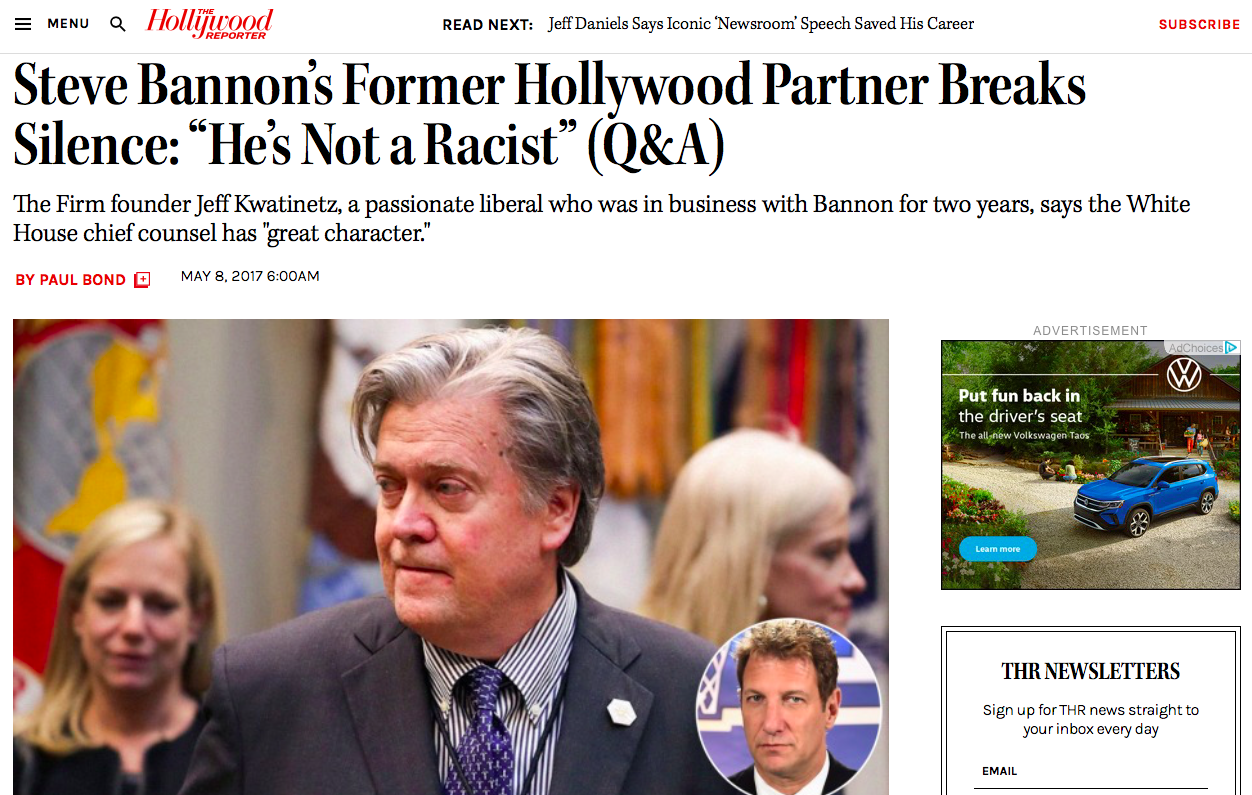 Hang in there Steve Bannon.