Twenty Democrats debate four hours and nobody blurts out “I love Israel more than life itself.” Love Ya, Dems!

FOX Host, Tucker Carlson, interviews Tulsi Gabbard from Kyoto, Japan. Tulsi calls on Trump to “swallow his pride and go back into the the Iran Deal.” Speaks against “sanctions” and calls out “Netanyahu and Saudis” pushing for Iran War. Love Ya, Tulsi!

Tulsi Gabbard joins Sheldon Adelson on MSNBC list of people who, for the most part, do not exist. Chris Matthews disobeys. Hang in there, Chris!

MSNBC Host Rachel Maddow declines assignments in Gaza and Iran to continue Dramatic Readings From Pleadings of Random Lawsuits Filed At The Courthouse in Northampton, MA saving Americans trouble of lengthy car travel going there to read them ourselves. Someone has to do it, Rachel. We owe you Big Time! 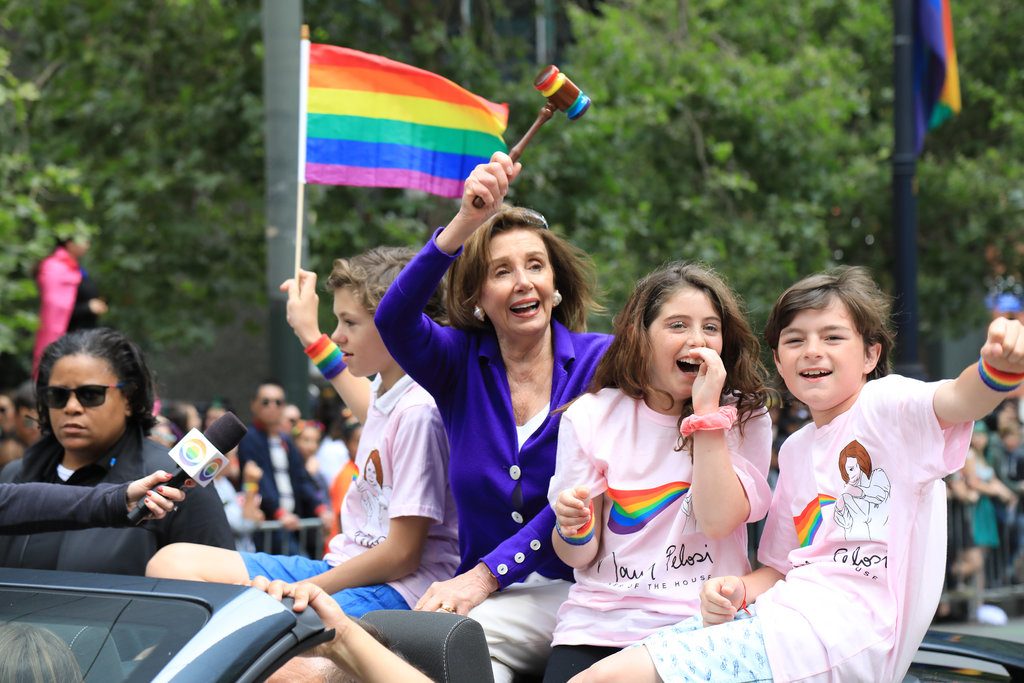 House Speaker, Nancy Pelosi, enjoys “Pride Day Parade” with grandchildren in San Francisco. Nancy, the most indispensable person in the Universe, denies she’s thinking of running for President with Tucker Carlson on a Ticket whose slogan is “We’re Hot And They’re Not.” Love Ya, Nancy!

“THERE IS NO ELEGANT WAY TO LOSE A WAR”